We have been pleased to support the following:- 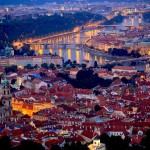 Whiskers LLP are proud to have sponsored the top raffle prize at Findacure’s Gala Dinner on Friday 23rd September 2016.

The dinner was held in celebration of Findacure’s fourth anniversary as a registered charity and raised over £1,500. Congratulations to Findacure on a successful fundraiser and we hope the lucky winner enjoys their trip to Prague! 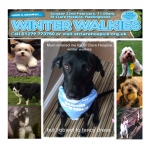 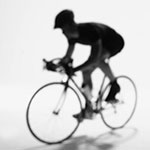 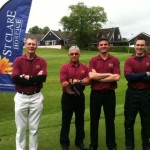 In May 2012 Whiskers LLP were pleased to be the principal sponser of the Epping Rotary Golf Day raising over £14,000 for St Clare’s Hospice.

A total of 130 golfers turned out for a round of golf, dinner and a charity auction. This was the second year the firm have contributed as primary sponsor, with a cumulative total of £27,500.00 raised for the Hospice. The Whiskers team comprising of Gerry Smith, Reza Sabzevari, Mark Case and Matt Barrett achieved a respectable mid-table finish after a sensational 18th hole saw them leapfrog several teams. 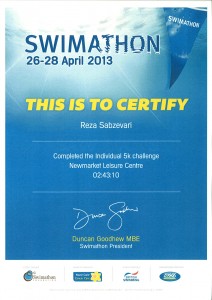 Reza entered Swimathon on 27th April 2013 for Marie Curie Cancer Care for people with Terminal Illnesses. His challenge was the Individual 5K.

On 24th March,Nick participated in the Brentwood Half Marathon to raise funds for the St.Francis Hospice in Havering, taking 1.37.28 and just three weeks later Nick ran the Brighton (full) Marathon, to raise funds for WaterAid in 3.58.40.

Selling Your Business? The Structure of the Transaction Really Matters

Design Rights – Inspiration is One Thing But Deliberate Copying Quite Another

This website uses cookies to improve your experience while you navigate through the website. Out of these, the cookies that are categorized as necessary are stored on your browser as they are essential for the working of basic functionalities of the website. We also use third-party cookies that help us analyze and understand how you use this website. These cookies will be stored in your browser only with your consent. You also have the option to opt-out of these cookies. But opting out of some of these cookies may affect your browsing experience.
Necessary Always Enabled
Necessary cookies are absolutely essential for the website to function properly. This category only includes cookies that ensures basic functionalities and security features of the website. These cookies do not store any personal information.
Non-necessary
Any cookies that may not be particularly necessary for the website to function and is used specifically to collect user personal data via analytics, ads, other embedded contents are termed as non-necessary cookies. It is mandatory to procure user consent prior to running these cookies on your website.
SAVE & ACCEPT
close